When you arrive in the port of Kusadasi, your private guide will be waiting to lead you to your own luxury vehicle, in which you can relax as your private shore excursion to Priene. Priene, Set dramatically at the foot of a sheer mountain wall, Priene overlooks the aptly named Meander River. This 2500 years old Ionian city was among the first to be planned with a grid system of streets.

Miletos, is an ancient city located near Akkoy at the mouth of the Buyuk Menderes (meander) River. Miletus owed its importance to its position on the trade routes. It was one of the largest cities in Anatolia with a population of between 80.000 and 100.000. Didyma was ruled by Persians, Romans and Seljuk Turks.

The next visit will be Didyma. Didyma means "twins" and it was associated by some as being the meeting place of Zeus and Leto to have their twins Apollo and Artemis. Didyma was famed as a prophecy center dedicated to Apollo, which served a similar purpose as the Delphi of Anatolia. It was not a city but a sanctuary linked to Miletos by Milesians with a 19 km/12 mi sacred road.

Drive back to Kusadasi port, where your tour concludes.

This is a private tour and includes a driver and a separate English-speaking guide who will accompany you into all attractions to provide commentary.

Ancient cities Miletos and Priene and Temple of Apollo at Didyma. 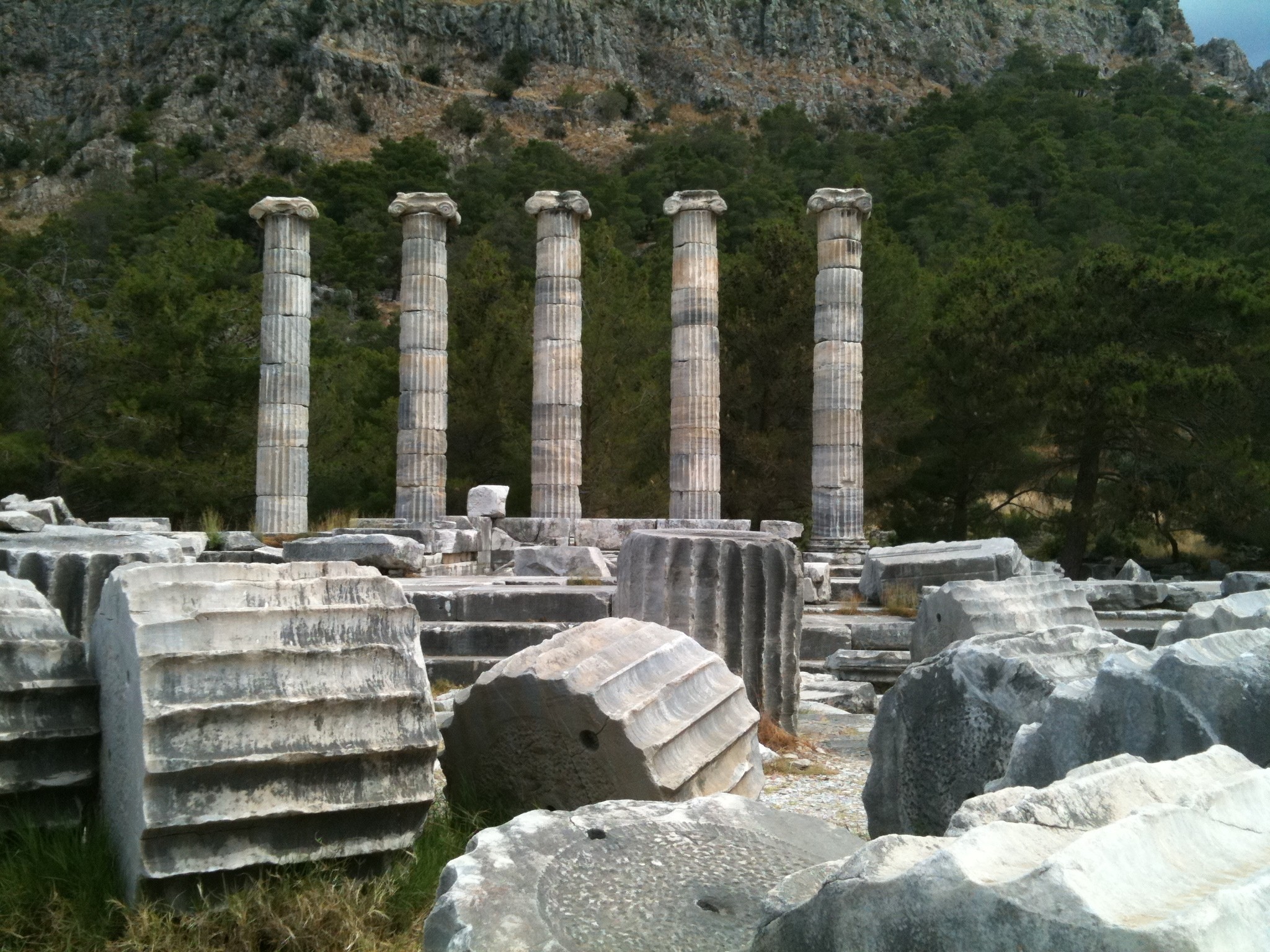 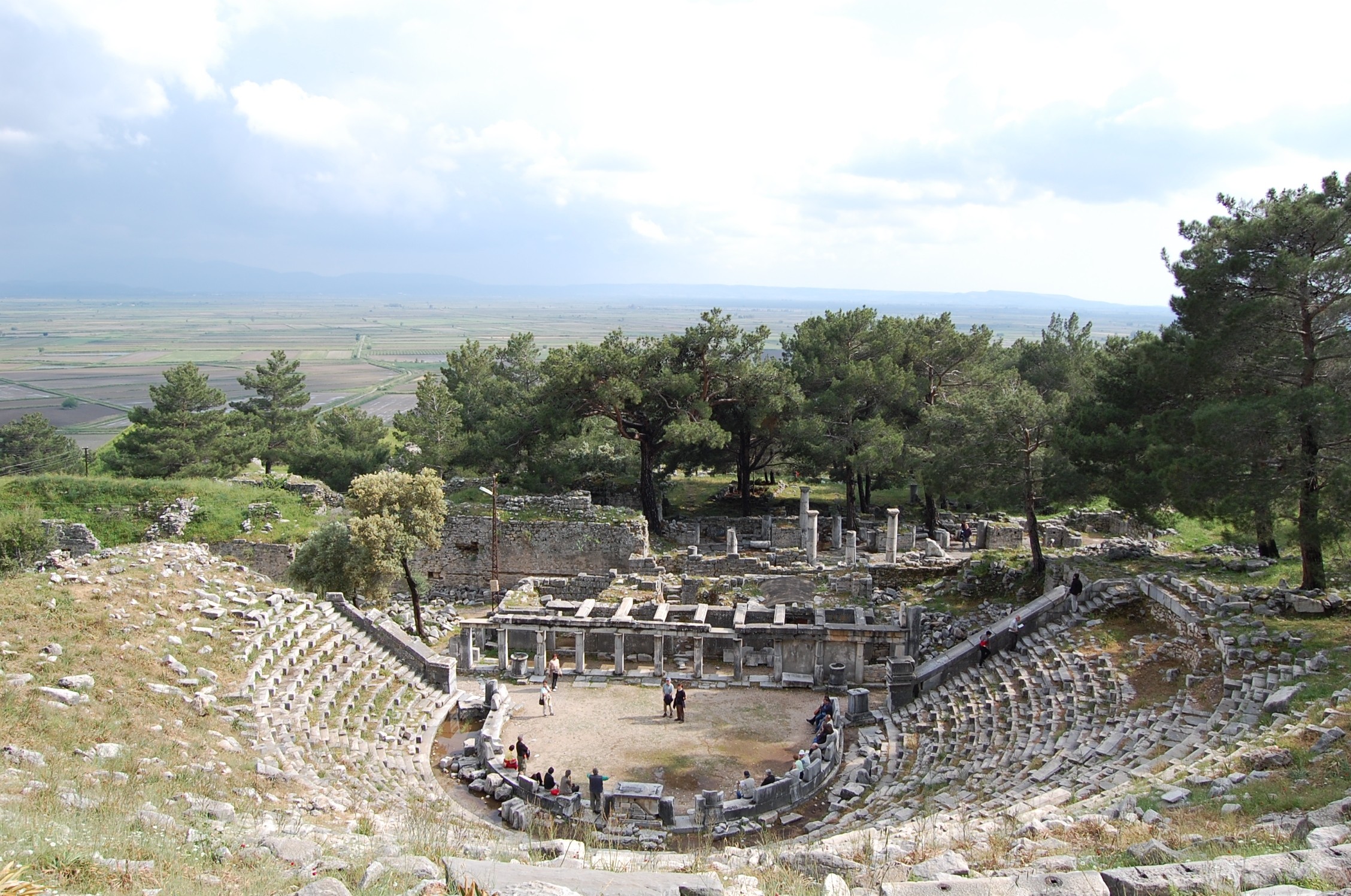 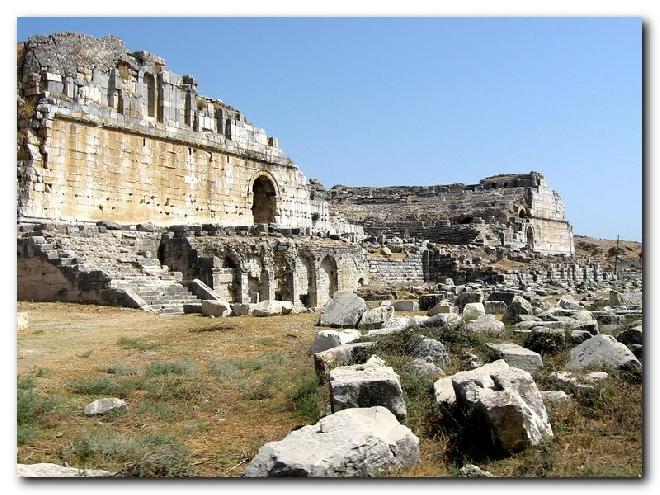 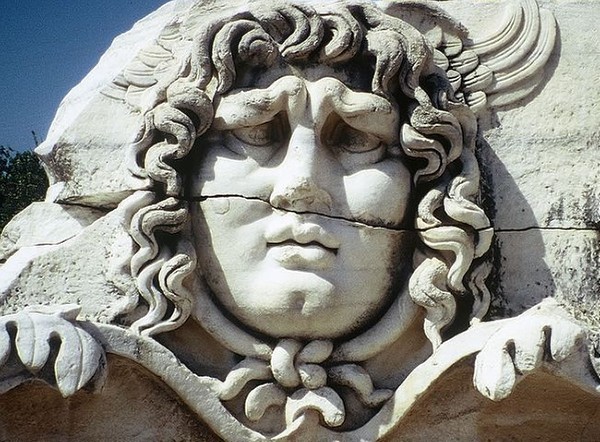